Have you ever had one of those mornings where everything you thought was going to happen, didn’t?  Let me explain. It is like where you get something in your head and it is WAY worse than you think it’s going to be…you build this fear up in your noggin about this and about that for what?  FOR NOTHING.

Well this morning I figured was going to be slammed with obligations of work, requests from persons needing answers right away, and that I was going to have a to-do-list the size of me!  For those of you who don’t know, I am all of 4′ 8″. My personality is as strong and robust as a 7″ male who may or may not be a body builder.  Anyways, that most definitely was not the case this morning.  This morning (knock on wood) has been reflective and relaxing.  It has been one where I have been able to pace myself and accomplish what is needed with little strain mentally or physically.

This morning, I woke up at 6am; however, I didn’t get out of bed until 6:45am.  I took a longer shower taking time to shave my legs, wash my hair, and cover up the blemishes.  I was completely ready by 7:25am and then I decided to dump my mother’s hot tea everywhere.  It took me a few minutes to clean that sticky mess up.  10 minutes later we were off to school!  I was astounded that it took me 40 minutes to complete all of that and then it was off to drop my sister off at school (who takes after me in the mornings with unheard alarms, puffy eyes, and ouch demeanor until fully able to accept she has to be awake).  Heck I even had first round of coffee in hand!  We were cordial to each other.  She made it to school on time and her hair looked great.  Despite her tardiness and rough start, she had hair curled and make-up completed.  Check and check!  Not exactly what I though was going to be the outcome of such a rough start.

As I pull in to work, I sit there for a small moment.  I thought let’s pull ourselves together there CatMan and let’s make this a good day!  As I went to lift my coffee thermos out of my cup holder, the cup slammed down spraying coffee everywhere! It seems that I might be in a bit of a war with traveling liquids today!  I am sure that those surrounding me could hear the colorful vocabulary as the rough start was just topped with a big ol’ cherry!

I scurried into work and tried to clean myself up.  A co-worker cleaned my jacket so I could run out and clean my new car off.  What a stickier mess than before!  In thinking that I had cleaned all of it off I realized my outfit had spots and my tan seats now had spots as well.  Dang!  It was just bound to be one of those days!

Well everything ended up alright despite the hilarity of my morning.  Mind you all of this excitement happened prior to 8am.  Lovely isn’t it?

Sister pretty and to school on time, 2 drinks spilled, a trip to the dry cleaner later…it turned out to be a pretty good day over all.  I could laugh at the first part because WHO DOES THAT!?  CATMAN DOES!  Oh well….I could think of much worse things to happen…but let’s not go there!

Last night, I washed my thermos’ and I don’t think I washed them out as well as I thought.  Well here this morning after I filled it up with strong good coffee…it tasted like soap.  I thought, I am going to give my coffee the benefit of the doubt I mean (who knows!) maybe it’s my mouthwash.  Nope still tasted like soap after it wore off.  So I was drinking soapy coffee this morning.  YAY Mondays…..so much for the Detox Diet idea.  Apparently, must have thought my dirty mouth needed a cleaning.  I wish I had subconsciously realize Orbits does the same thing!  http://www.youtube.com/watch?v=Bxmkiy9txBE.

Did I mention that it is 60 degrees and December 3rd in Indiana?  Wow. Mother nature is confused.  No complaint however from this peanut gallery!

If you think this is a rough start to the week, this is nothing comparatively speaking!  I could be one of these poor souls: http://www.buzzfeed.com/daves4/people-who-are-having-a-worse-day-than-you

I have a funny haha “oh Monday” story…this morning I was making my coffee and pouring it into my thermos and no mess there. Usually the spout spills every which way! Now I was trying to pour my half and half in and it missed the thermos completely! It nailed the counter top and then I decided “maybe it was a fluke? Might as well try again!”. NO I did it for the SECOND time too!! 🙂 Monday-1 CatMan-0

OK so today’s status=happy!  I just ordered room service and it looks delicious!  I finished eating it and not three seconds later the darn fire alarm goes off!  BAM!  Just like that I shove my boots on, grab my room key and run down to get myself to the lobby.  When I got to the lobby, I first asked if this was for real.  It was but, not actually for a fire….just a water pipe.  (THANK GOODNESS!) 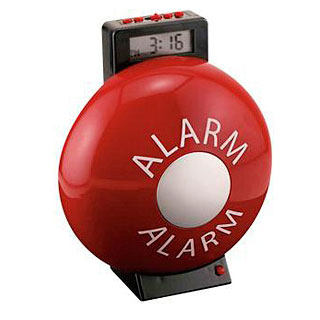 There have been many firsts this trip for me.  Since I have not had my bag all week I have been forced to wash my undies and socks in the sink of my hotel.  I blew them dry with a hair dryer.  check.  I also have sparked and met so many wonderful people in such a foreign place.  I have had many of spiritual experiences that I could not have had anywhere else.  I am so blessed.  I got to bond with some wonderful women that I would have never met had I not got stranded.  I ordered ROOM SERVICE!  Yes, that was a first.  I talked with some gentlemen around the bar about politics and morals and that was definitely a first!  AND most of all I fended for myself.  I made it and I did it.  I busted out of my sheltered shell and I had a great few days vacation!  I was placed here with a bigger purpose.  Bigger than me for sure.

I now understand a few things that I would have never understood before if I had not just gone thru what I did.  There are many people who are bright souls.  Listen to your instinct and be kind to everyone.  You never know what is up in their world. You always will be blessed with kindness if you give and recognize kindness.  Recognize as equal as you do the GOOD, the BAD as well and rebuke it.  For it is when you recognize and rebuke the evil that you are able overcome and have a deeper understanding of where you stand and ultimately love.

Today I recognize my roots.  I am grounded.  I am beautiful and I am me.  Nothing about that is anything less than wonderful and amazing.  I want to be in good light so that I might touch more people’s lives in a POSITIVE way.  I love those who surround me with light and love and for those who don’t…you are still in my heart.  🙂

“Everything at this very moment is beautiful.  Everything right at this moment is turned from chaos to peace.  I recognize I am only human but thru listening to my instinct, my heart and soul and most of you almighty God my life will continue to forever change into light and of love.  Grant me with wisdom and understanding toward all of those that come in and out of my life and that I might not know of their situation.”

PS enjoy the other blogs included with these pics!  (even more interesting-ness)

You know it’s bad when you have a run in with a friend and they tell you that you look tired or something.  Really?  Because I am pretty sure that I have been sitting on my big butt eating chocolate bon-bons over Christmas and the New Year celebration.

You also know it’s getting bad when you are wearing your glasses into work just to sort of hide the bags that have appeared over night literally.  Between the cold chills of winter, the lack of sleep, and emotional draining….I feel alright.  I may look like hell but, I just feel fine.

Biologically, I want to hibernate like a bear.  Say “Peace out home slice and bury myself between the covers for a day or two!”.

Psychologically, I can’t say that I feel much different except for it would probably do me some good getting about 2 complete days worth of straight sleep.  Emotionally, if I could shut them off for a period of 2 days…BINGO!  Life would be good.  Winter funks are never cool in my book.

So I raise my cup of coffee to all the equally tired and exhausted readers out there and say “3 CHEERS TO HIBERNATION!”  Who’s with me?

PS:  Keep your eyes peeled to read some really comical posts based on my “break”!  Keep your chin up and live life to the fullest with great purpose!