So a girlfriend of mine was telling me about her day.  She told me how excited that she made it thru her long run!  This long run was no easy task!  There were lots of hills, drunk guys chasing her, and a deer that wanted her as well.  It was treacherous to say the least!

In Washington D.C., I was informed they don’t ever see deer but as of lately the deer population has heightened and invaded.  As she started on her run, she was moving at a swift pace.  Nothing can stop this gazelle!  Long strides, relaxed from her head to her toes…..this girl is throughly enjoying the run!

Well about 3 miles into it she passes a gentleman on the highway clearly drunk.  She avoids him like the plague; however he manages to try to stumble after her!  As she picks up the pace a little more she falls!  (GASP!)  The drunk man gets with in a few feet of her…hurt and bloodied she manages to dust herself off enough to move on!  She runs like the wind until she knows she is out of the crazy man’s reach!

Whoooo…..she’s safe.  She then proceed to press thru this long run of hers.  Over the hills and thru the woods, to grandmothers house she goes!  Not really but it sounded good to put that small detail in there.  Ups and downs.  The thing that gets her thru this part of the run is the fact that her ghetto booty is going to look nice and fine when she’s done.  🙂

By the time she is done fantasizing about Sir-Mix-Alot….she realized a deer is coming at her pretty well head on!  EKKK!!! 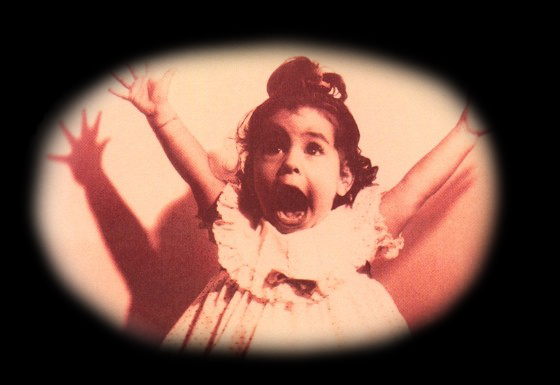 So she runs at light speed to get passed this deer that is now running at her full speed ahead!  She looks to the right, fakes to the left and just narrowly misses the deer by about 6 inches!  DANG….what a run this has been thus far and as she is almost finished….chug-uh, chug-uh, chug-uh…..chooo chooo!  Keep going little engine!!

As she heads up to her front door step, bloodied and pride damaged, she can finally breathe knowing that there is nothing finally chasing her.  She is safe and sound.  Just as she reaches for the handle of her door she hears this growling at the door….OH NO…..NEIGHBORS DOG! AHHHHH! 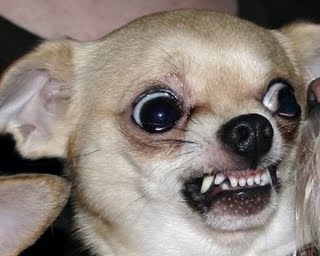 Don't underestimate the meanness of this dog...it could get ugly!

Lesson:  Never run outside anywhere in D.C.  Just go to a facility indoors and save yourself the trouble and pain.  Don’t become scarred for life because a drunk homeless dude, a deer and your neighbor’s dog want you!