I have seriously the best friends in the world.  Over the past few days of not “posting” I have accumulated several Love Notes/Visits from my dearly beloved.  I will share them below:

“Dearest Catherine, HAPPY BIRTHDAY SISTER FROM ANOTHER MISTER!!! Sorry I can not be there for your birthday, but I hope you are having a great/fun filled day.  Sending lots of love your way!  🙂  Much love, KBJ”

A friend showed up at the salon last Monday with a handful of chocolate for me for Valentine’s Day!  Not to mention, recommended a few people come and get their hair cut by me too!!  Totally sweet and awesome!

“Hey Catie, Have a great week! Rachel Fogarty  (Saw you in Adoration 🙂 )

“I miss you! Love, Claire (your bestest sis)”  (yes she really did write bestest….)

God Bless you, you are a special and sweet person.”  (Julia K my new friend as found sitting next to me on an airplane.)

I keep all my little love notes.  They are reminders when life is tough of all the people who support me and keep me strong.  They are the best group of men and women a girl could ask for!  I hope that I can be that friend for them in return whether that means helping someone through a rough break-up, giving them a congratulatory hug, or just simply making them laugh!  You know I am always up for a good laugh!

Sending out a few cards today.  As LOVE grows in my heart I cannot help but share the love….
The CatMan

Love can come in all shapes and forms. Love can be romantic, caring, laughter (yes EVEN in the form of laughter), as well as many others.

I would like to ask, why do our hearts want what isn’t always best for us? Why are good girls attracted to those men to which don’t want to commit and take care of us….? I mean they are there because they are getting something in return or something along those lines.

Why do we have to go through what we do as life just seems at times we just cannot catch a break!??? I will tell you why…because two things always remain–hope and will power. Why did I spend last year upset over Valentines Day? Because my boyfriend broke-up with me via text message. That bastard didn’t even have the nerve to call and do it. He is a coward. I still see good in him and I will pray for him, but that is as far as I will go. He didn’t love himself, so how could he ever love me? He couldn’t.

Why did I after two years of another relationship call it quits? Because a little piece of me died with that one. A relationship to which someone cannot be themselves around is not a relationship. It is self destruction and bad for your self esteem. It is a negative all around and I am happy to tell you that that over grown selfish boy is out of my life. We decided to be adults and remain friends after the break up. That didn’t work. He found a new girlfriend who didn’t want me there. Rightfully so. I respect that. I don’t respect someone not standing up for a friendship though or keeping their promises. We went as far as making a contract. Didn’t hold up I am afraid. This was also the man a month before his wedding, reaching out and telling me how much he missed me….right. Totally inappropriate for a soon to be married man. Totally inappropriate. Tisk tisk.

Why did I date someone in college long distance who didn’t have focus or direction, who sang in a band, and was wild? Because I myself was reckless. I learned a lot from that relationship too. I will warn you–just don’t go there.

Why also did I not see the writing on the wall as I crawled through a basement window sneaking in to watch a movie at a summer crush’s grandparents house? Why would they cared if we watched a movie?! Duh!!! I get it now!!! Yes I was really naive to think that was a good decision. I still laugh about that one! Goes to show you, live and learn.

Those are a few of my personal woes with relationships and little tidbits I learned from them. None were really love or could produce love. Love doesn’t grow on rocky ground either. Found that out for good this time.

There were a few scattered in between there….like the guy who bought me pizza once and the bought me this big bouquet of tulips! They were beautiful, but I totally didn’t respond in the way he wanted. It was my way of politely turning him down.

Great things have always come out of these great disasters. For one, out of one broken relationship, I began this blog! CatMan, The Rose Bandit was a product of a broken heart. Maybe I will share with you why I chose the name I did at a later point in time. Another great product of a broken heart, going back to school for cosmetology. I must admit, I have made it to the other side because I never gave up and I never lost hope.

I know now what I want. I know exactly what priorities I need. How? I have done a lot of soul searching. I have prayed a lot for help. A LOT. I have always asked why. I ask a ton of questions and I have always been picky. Not just anyone can snag the likes of the CatMan. It will have to take a real man this time!

Lastly, I leave you with this thought and sentiment from the great Fulton Sheen. I love his stuff!

Have a very wonderful Valentine’s Day! 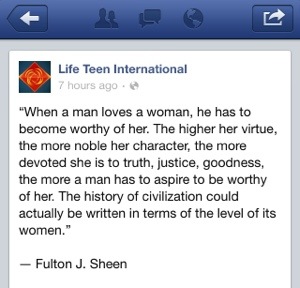 Happy Valentine’s Day, first off.  Second off I have a short but sweet post for your enjoyment.   🙂  (it’s almost as good as a box of chocolate but, not quite!)

Today, I was assisting a family friend of ours….you know Good Ole’ Herb!  He was paying me back and when it was all said and done he goes….”uh…you actually owe me $.18″  I don’t think so!  He was only joking of course!  Well anyways, I had 10 beautiful, funny, weird, CRAZY, miraculous things happen to me ALL before it happened before high noon!  How could a girl get so lucky?

10. I got in ready to work hard today…I was motivated to do my work and get caught up!

9. I was kind of at a dull moment amidst me running around like a mad woman this morning.  I received a wonderful email from a dear-heart and a text from Super Woman, Katherine, and Laugh-a-lot.  It was simply the best melty “I appreciate you all so much!” moment.  What did I do to get so lucky??

8.  I got to go shopping at the grocery store, on work time for Herb!

7. While at the grocery store, I ran into an old friend.  We caught up for just a brief moment and then went on again with our shopping endeavors.  🙂

6.  OK, has anyone ever read some of these coupons?  They can be confusing.  So I asked a lady for help.  (she was standing right next to me and she too became confused!)  She was willing to help me figure that bugger out and lo and behold we got there!

5.  I was able to find everything at the grocery store with great easy.  EVEN the Ugli fruit.  Have you heard about this Ugli fruit?  I had no clue how to pick it out haha but we made it work.

4.  I called VW so I could schedule an appointment.  They could get me in today!  Long story short, my little bug has not had a radio in it for almost a year now.  My sweet brother bought me another one and so now it needs installed.  I need VW to do that for me.  Can’t wait to get back to some tunes OTHER people sing  🙂  (not your’s truly!)

2.  A gentleman opened the door for me.

1.  A random stranger smiled at me for no good reason.  It made me feel good.  🙂

LAST is my next best thing that happened AFTERNOON…The sun decided to come out and join me in such bliss!  Today is going to be a great Valentine’s Day…I just feel it! 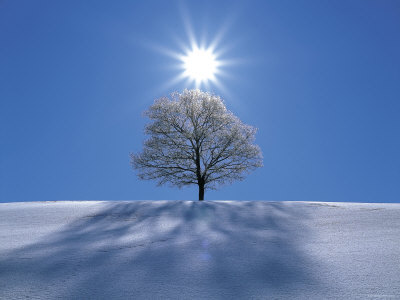